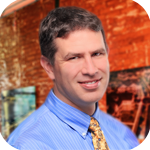 CGR was asked to determine the optimal number of weighted votes to apportion to Livingston County’s Supervisors based on the 2020 population numbers, using the Banzhaf Index as a test. This test was required to ensure that residents receive equal and appropriate representation for votes by the Livingston County Board of Supervisors. CGR has to adjust the population of the towns for those who are incarcerated using data from New York State Legislature (https://latfor.state.ny.us/). CGR devised a weighted voting calculation program (coded in Python) that determined Banzhaf Index scores for any given allocation of weighted votes. Utilizing this program, CGR tested approximately a thousand combinations of weighted votes and arrived at two combinations, one for simple majority votes and one for 2/3 majority votes, that reduce the overall discrepancy for all districts between percentage of population represented and Banzhaf Index (proportional power), creating better results to than the 2010 voting plans. The plan was presented to Livingston County and adopted for use for the next decade.